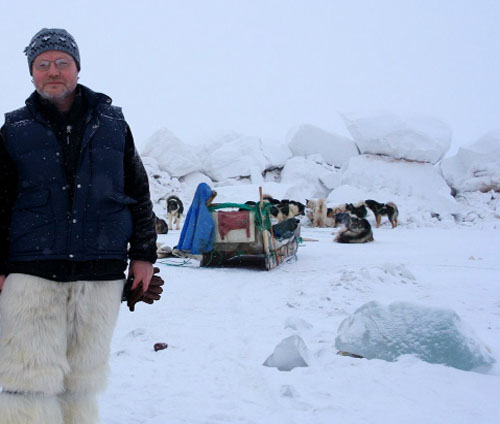 Yvon Csonka teaches ethnology at the University of Greenland in Nuuk. After studying in Neuchatel, Paris and Quebec and making a number of visits to the Far North, he became the president of the International Arctic Social Sciences Association. He has been patiently carving out a place for the social sciences – and specifically the theme of forced migrations – in the 2007-2008 International Polar Year.