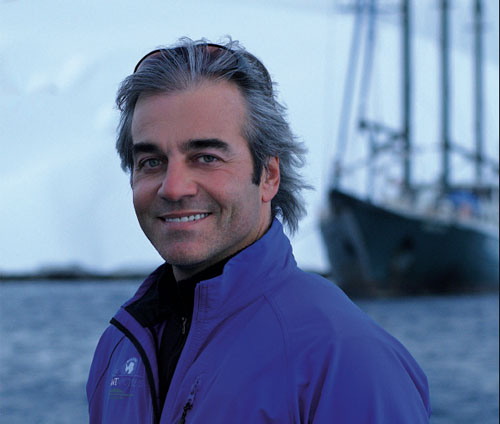 “The Far South, like the Far North, is falling victim to the folly of man and his relentless need to consume”

Jean Lemire makes popular nature documentaries in Canada. He has produced more than 50 hours of film for cinema and TV, including Arctic Mission (2002), Whale Mission (2003) and Antarctic Mission (2005-2006), which he filmed during expeditions on the three-masted schooner Sedna IV, a veritable floating studio with an editing room and high-resolution film equipment.