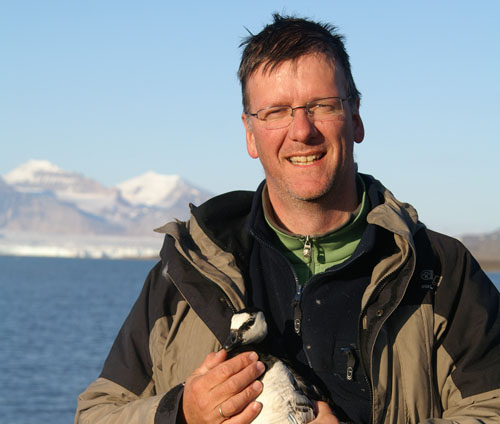 “Will the gesse profit from less snow and ice in the Arctic or will they decline with more new predators and parasites ?”

Maarten Loonen is a biologist at the Arctic Centre of the University of Groningen in the Netherlands. He has spent more than twenty summers in the Arctic. He is station manager of the Netherlands Arctic Station on Spitsbergen. As Netherlands observer to Conservation of Arctic Flora and Fauna (CAFF), he contributes to the protection of biodiversity. His own research focuses on Arctic terrestrial ecology especially on geese.