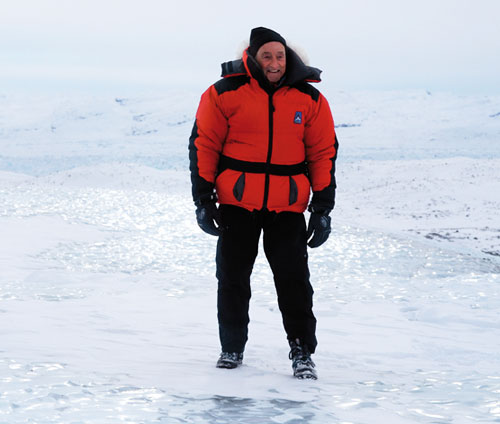 Claude Lorius is a pioneer in ice core drilling in the Antarctic. He has taken part in 22 French and interna­tional polar expeditions and was one of the discoverers of a method which reveals paleoclimatic conditions using air trapped in ice. A recipient of the Gold Medal from France’s National Centre for Scientific Research and an honorary member of the Cercle Polaire, he is the first Frenchman to win the Blue Planet Prize, in 2008.