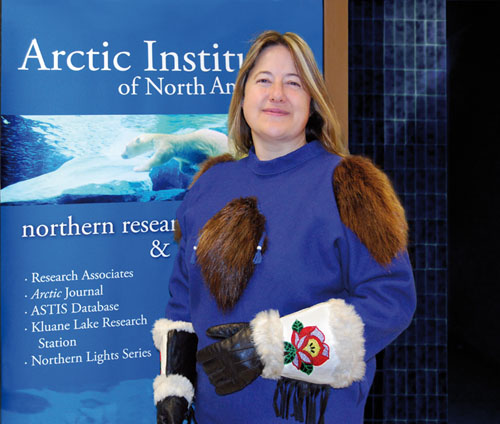 Magdalena A. K. Muir has been a researcher at the Arctic Institute of North America since 1991. An attorney by training, she works on environmental, legal and political issues concerning the Arctic. From 2002 to 2004, she was the executive secre­­tary of the Conservation of Arctic Flora and Fauna Working Group (CAFF). Since 2005 she has been an advisory board member on climate issues for the Coastal and Marine Union.