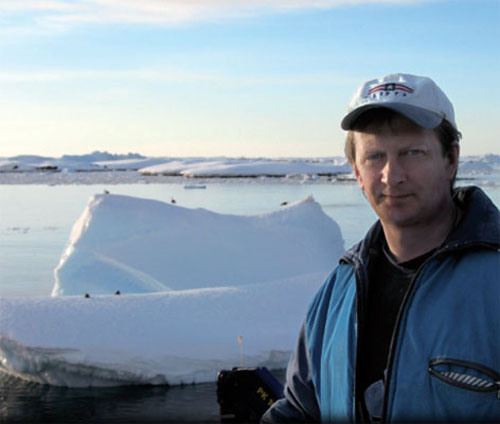 Stanislav Nedogibchenko is a polar resarcher at the National Antarctic Scientific Centre. After receiving his formal science degrees and as an employee of NASC, he was awarded the title of Honorary Meteorologist of Ukraine for his series of observations made at the Ukrainian Antarctic base, Academic Vernadsky. His scientific interests focus on polar atmospheric phenomena and their impact upon the Central European climate.