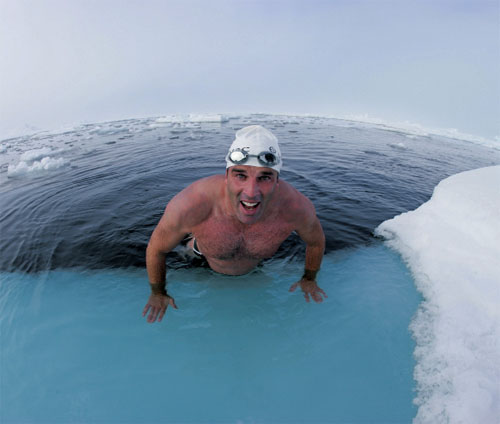 Lewis Gordon Pugh became the first man to swim 1 kilometre in the icy waters of the geographic North Pole in July 2007. A lawyer by trade, he has matched this exploit with other records in all the world’s oceans, while still finding time to work as a specialist in maritime law. He uses the media coverage around his swims to deliver his message on the fragility of our environment and especially the decreasing extent of summer ice in the Arctic.