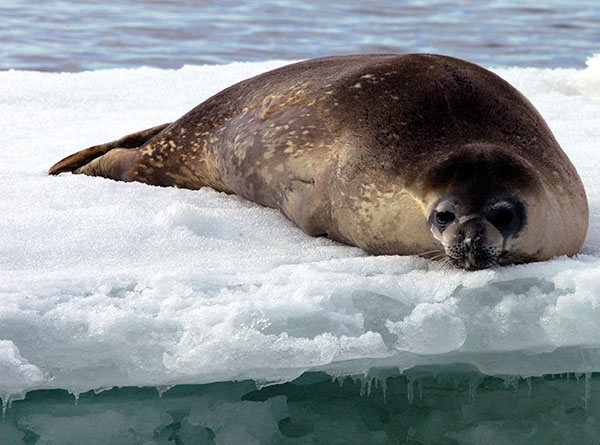 Weddell seal, Antarctic Peninsula
A sedentary mammal, the Weddell seal is regularly found lounging on the ice near the water. It is ­however capable of diving to depths as great as 1,000 metres and is a species unique to Antarctica.

Stanislas Pottier is Head of Sustainable Development at Crédit Agricole S.A since September 2011. From April 2009 to august 2011, he has been Special advisor to Michel Rocard, former Prime Minister and Ambassador of France to International Negotiations on the Arctic and the Antarctic. A long-time admirer of the beauty of the Antarctic and the Arctic as a photographer, Stanislas Pottier also joined several scientific missions to Polar Regions since the late 1990’s. He co-founded the Cercle Polaire, a French non governmental organisation established in 2006 with a view to using Polar Regions as first hand laboratories to alert, find and disseminate solutions on the issues that will face the world in the coming years, and promote any action meant to improve their governance.