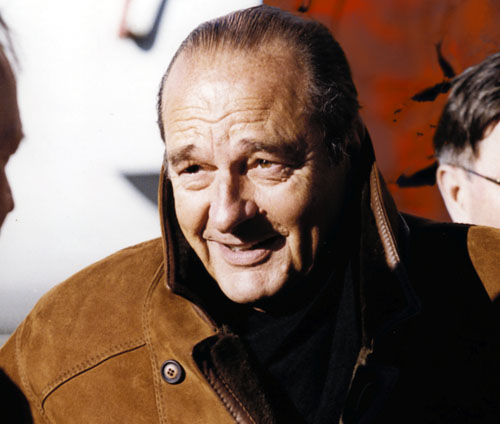 When I discovered the existence of the International Call of the Poles, in which my friend, the former Prime Minister Michel Rocard, has taken an active part, I was convinced that here was a serious undertaking. The First Nations immediately came to mind, as I have long defended their rights in international circles. Jean Malaurie, friend and ethnologist, was the first person to tell me about the populations that live in the circumpolar Arctic regions. I have since followed with much interest and even passion their destiny. My first trip to the Arctic was in 1997 during a visit to Saint Petersburg where I met teachers of the Polar Academy who train indigenous youths from the Russian Arctic. Two years later, I was invited by my friend, Prime Minister Jean Chrétien, to travel to the Canadian Great North. I had the honor of being the first foreign head of State to address the new Nunavut Assembly. The birth of this Inuit land was a landmark for the First Nations and for all those who are fighting for their identity in this period of globalization.

The presence amongst the signatures of the Call of the Poles of such important Inuit figures as Paul Okalik, Pita Aatami, or Aqqaluk Lynge, would have been sufficient to convince me to rally to this international campaign. But there is more. The Arctic Ocean is the center of a major environmental shift that scientists interpret as an amplified signal of global warming. The ice cap is melting a little more every year and predictions state the possibility of an ice-free Arctic Ocean in summer. This will impact the world’s major equilibriums. Without lapsing into unrestrained pessimism, it is nevertheless time to open our eyes. The planet and humanity are in danger, and we are all responsible. I first stated this very warning in September 2002, at the World Summit on Sustainable Development in Johannesburg. The assessment is as true today as it ever was. The responsibilities of a head of State render it difficult to always consider large-scale environmental problems on the long term. This however, is a necessity. I believe I have contributed to increasing awareness of environmental issues at the international level. In February 2007, I launched the Paris Call for Action to demand the creation of the United Nations Environment Program (UNEP).

The road to global ecological governance is long. The idea however has taken root and the Arctic, in such a context, represents a historic opportunity for international cooperation. The Arctic Ocean’s future lies in international shipping, tourism, and economic development, yet it does not have a system of governance capable of rising to new economic or environmental challenges. I hope Arctic powers will pave the way for an international alliance for sustainable development in the region.